Europoort is located to the west of Rotterdam city centre and is where you will dock on a P&O Ferries service. 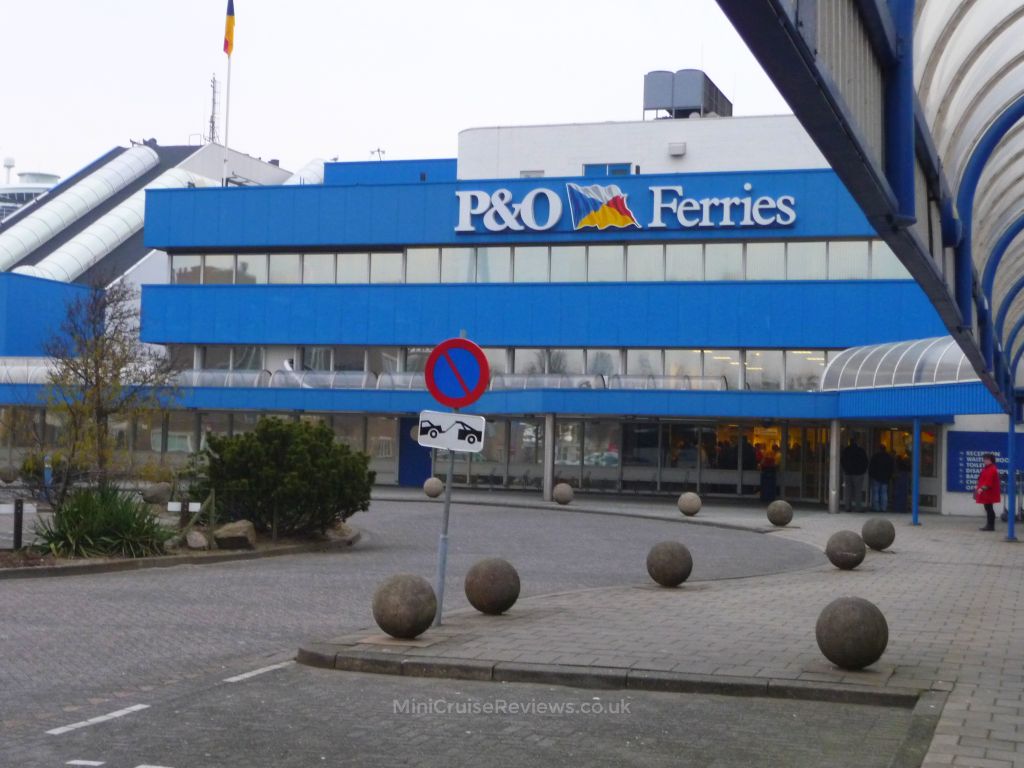 Europoort Rotterdam is approximately 20 miles (about 32 kilometres) from the centre of Rotterdam itself. Unless you have arranged alternative transport or intend to spend all day at the port, you will need to book a coach transfer to Rotterdam or Amsterdam.

Coach transfers to either Rotterdam or Amsterdam cost £13.50 return per person at the time of writing which is very reasonable. Book a mini cruise online and these are typically part of the package.

I disembarked at around 8.45am, and it took around 10 minutes to crawl along the snaking Customs queue that rapidly formed by the sheer volume of passengers getting off the ship. Once I cleared customs, I headed outside of the terminal to find a row of coaches lined up.

The first two coaches were signposted as transfers to Rotterdam and from the looks of it not many people choose to see Rotterdam.

The remaining six coaches were destined for Amsterdam. These were fully booked. My coach departed at around 9.10 am.

At around 10.30 am the coach arrived at Prins Hendrikkade opposite the Lovers Canal boat office. The shop borders the canal and neighbours the Ibis Amsterdam Centre hotel and Amsterdam Central train station.

The pickup time was 5 pm which meant I had around 6½ hours in Amsterdam itself to explore the city.

I was keen not to miss my return coach transfer (like the diligent traveller I am), so I joined the queue that began to form at 4.30 pm. The first coach back to Europoort had left moments before. It appeared as if they were staggered from around 4 pm to 5 pm. The flexible pickup times were great if, like me, you are ready to transfer back to the ship a little earlier than the 5 pm deadline.

I left Amsterdam (again on a full coach) at around 4.30 pm and arrived back at Europoort Rotterdam at around 6 pm. Check-in was swift thanks to the fact each return coach was staggered. I joined at the back of the five-minute queue.

Again at check-in, I received a boarding card and key card. As I had booked a mini cruise sailing, I had the same cabin for the return journey.

Check-in closed 90 minutes before departure, and the return sailing was scheduled to set sail at 9 pm. At 8.30 pm the ship was fully loaded so it departed a little earlier. Make sure you are out on deck to watch the tight manoeuvre as the Pride of Rotterdam turns 180 degrees in an impressive display of skill and control by the captain.

A 6.30 am GMT wake-up call followed early in the morning signifying that we were an hour and a half away from docking. East Yorkshire was shrouded in a blanket of mist, and the typical British weather greeted me with torrential rain ensuing.

At 9 am the ship had docked, I had disembarked, cleared British customs, and was sat in my car ready to drive away.

Europoort is around half an hour's drive from Rotterdam, and around 1½ hours drive from Amsterdam. It does have good road links though.

Posted on Friday 29th March 2013Friday 18th September 2020 by David Fiske
(Photo credit(s) to David Fiske)
Disclosure: P&O Ferries kindly supplied a half board mini cruise to Amsterdam. I paid for travel to and from the Port of Hull, car parking, incidentals onboard, and tours in Amsterdam. The opinions in this article are my own.

2 comments on “Guide to Europoort, Rotterdam”