I enjoyed a bit of sightseeing in the Lake District on my way to the ferry terminal in North Shields, Newcastle. 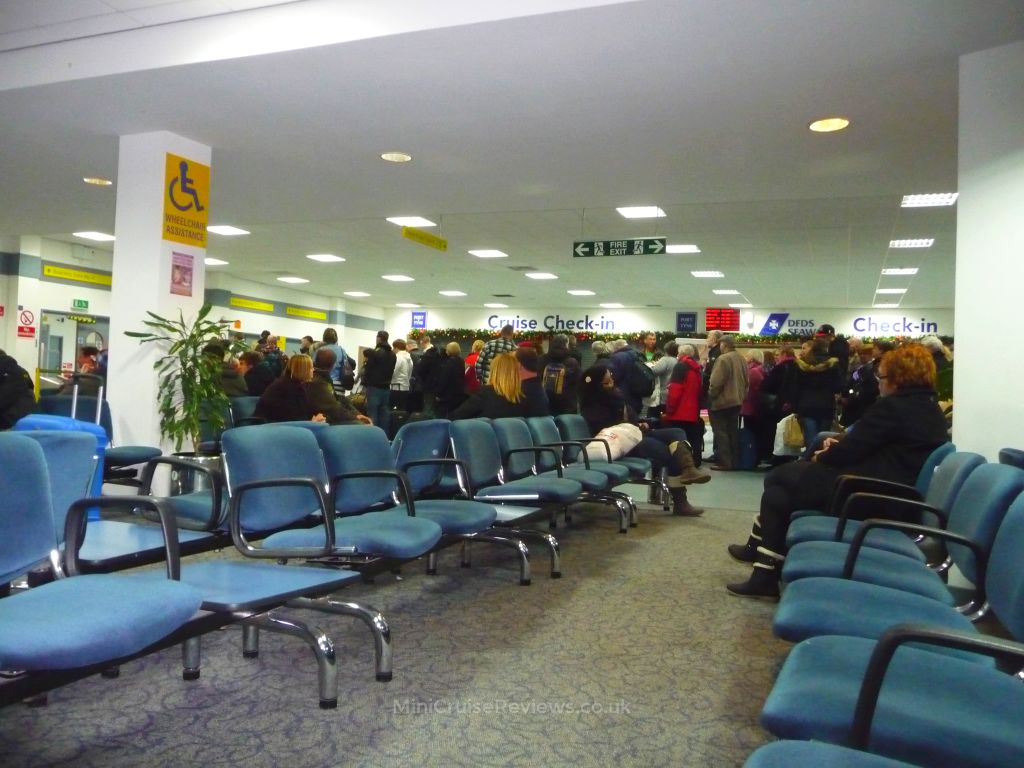 I visited the International Passenger Terminal at the Port Of Tyne before on my Brussels Christmas Markets mini cruise so I knew what to expect.

Last time I was unfortunate enough to travel during blizzards. This time, gale force winds and driving rain replaced snow.

Last year I drove from Cardiff across the M4, up the M5, around Birmingham on the M42 and M6 before taking the M1 upwards.

This year I decided to explore the western side of the UK by travelling up to Kendal in the Lake District. I took the M4, then the M5, then the M6 taking me from Cardiff to Kendal.

I had booked a night in Travelodge Kendal. It was sat on the A591 not too far from Kendal. Aesthetically, the building was very nice, but the room was cold, and the windows let in an awful lot of road noise.

Early the following morning I journeyed across the hills over to Newcastle. The roads were treacherous with floods liberally scattered around in the most unexpected of places.

I did a bit of sightseeing along the route and made a special visit to see the Angel of the North artwork, something I missed last time. I also had time to walk around Gateshead and Newcastle, taking in sights such as the Sage Music Hall, the Gateshead Millennium Bridge, and the Tyne Bridge. It is worth remembering that Newcastle is a destination too. Just as passengers from the UK take mini cruises to Amsterdam, so do the Dutch who enjoy visiting Newcastle.

I arrived in Newcastle early, only to discover that Princess Seaways, my ship for this mini cruise, was delayed sailing back from Amsterdam by a whopping SEVEN hours!

According to DFDS, significant delays like this on their North Sea crossings are few and far between. The delay was purely down to the poor weather. Princess Seaways was sailing into a headwind, so it required a lot of extra effort just to move very short distances.

Instead of docking in Newcastle at 9 am she finally limped into the port at 4 pm for what has to be one of the quickest turnarounds I have ever seen! Despite the late arrival, she was ready to depart at 6 pm instead of the scheduled 5 pm!

The International Passenger Terminal at the Port of Tyne in North Shields, Newcastle, is the gateway for DFDS ferry services to Ijmuiden for Amsterdam. The terminal itself is a large building with plenty of seating available. Inside you will find a well-stocked shop and a café. There is also a small Bureau de Change kiosk too.

The port sits approximately 8 miles (about 13 kilometres) to the east of Newcastle-Upon-Tyne in North Shields. Follow road signs to the port when you get within a few miles of Newcastle.

From Scotland, follow the M74 from Glasgow along the A74(M). Take the A69 at Carlisle to cross the country.

Alternatively, take the A68 from Edinburgh and follow the A696. You'll need to take the A1 along the east coast of Scotland through Berwick-upon-Tweed and Morpeth before dropping into Newcastle.

From the North West of England, take the A69 from Carlisle to Newcastle upon Tyne or the A66 from Penrith to Darlington. Join the A1(M) past Durham, Chester-le-Street and Washington onto Newcastle.

From South Wales, take the M4 and then M5 up to Birmingham. Follow the M42 to the M1 and head north. Follow the A1(M) through Darlington and Durham onto Newcastle.

From North Wales, take the M56 to Manchester, the M60 to avoid the city centre, and then the M62 past Rochdale and Huddersfield. At Leeds take the A1(M) north.

From the South East and London take the A1(M) from Junction 23 on the M25. This road switches between the A1 and A1(M). Follow it northwards to Newcastle.

Car parking at the Port of Tyne

The nearest Metro station is Percy Main Station which is around one mile away. Unless you fancy a reasonable walk, or you book a taxi, I'd give this one a miss.

The closest train station is in the heart of Newcastle upon Tyne at around 9 miles (about 14 kilometres) away from the port. The station is a regional hub and so benefits from many direct and indirect rail services.

As a guide, the journey from Edinburgh and Newcastle takes around 1½ hours. Hull is under three hours away, as is London. Plan your rail journey here.

If you arrive by train, you may wish to use the DFDS transfer buses from Newcastle Central Railway Station to the port in North Shields. You can find the current costs here †. These buses run to coincide with the ship arrival and departure times, and the transfer usually takes up to half an hour depending on the traffic.

The Port is easy to reach by car, although if you are arriving by bus or train you will need to transfer from Newcastle city centre to North Shields. The terminal itself is spacious, with a shop and café, and plenty of seating.

Posted on Thursday 22nd December 2011Friday 18th September 2020 by David Fiske
(Photo credit(s) to David Fiske)
Disclosure: DFDS kindly supplied a half board mini cruise to Cologne, including overseas transfers and a hotel. I paid for travel to and from the Port of Tyne, my hotel, car parking, incidentals onboard, and meals and incidentals overseas. The opinions in this article are my own.