There's not much time on a mini cruise to enjoy all the entertainment, but there's plenty of choice. 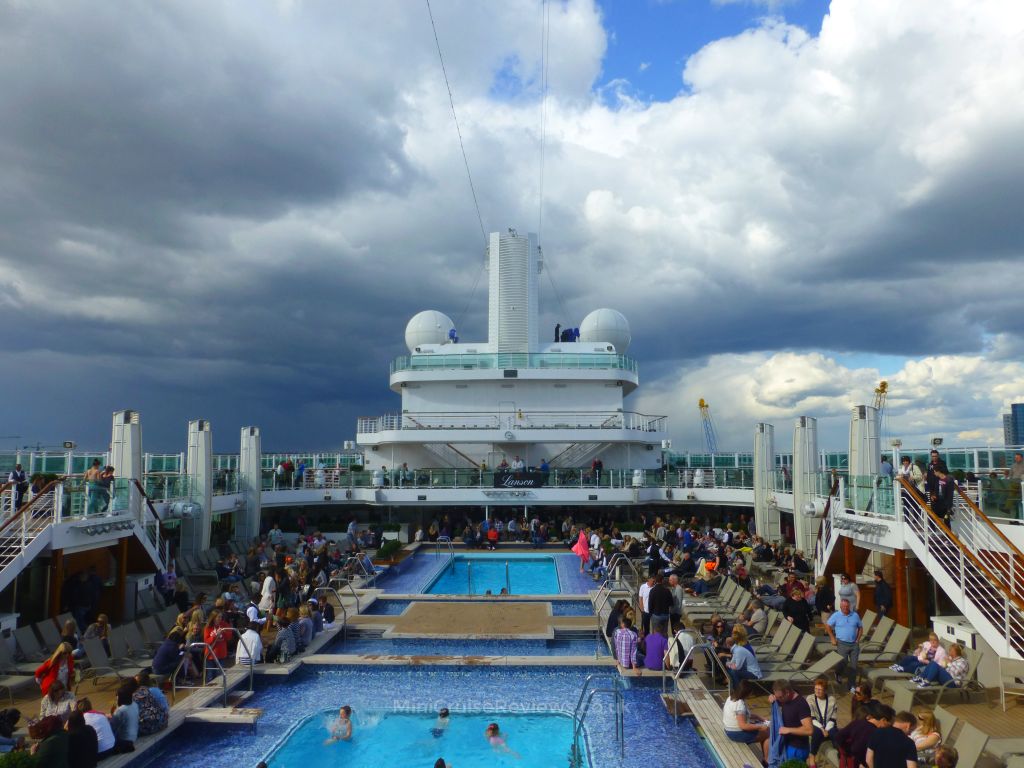 Britannia boasts plenty to do onboard – so much so that you won’t be able to cram everything into a mini cruise.

Even though I spent two nights on Britannia, there was not a lot of time to enjoy the various entertainment options AND explore Guernsey.

My two-year-old son called the shots. He loved the outdoor play area with climbing frame and ride-on cars. This area was empty for most of the time we used it, except for lost passenger or two. The kids club session moved outdoors into this space at one point.

He loved the kids club too. It was the first time he had been allowed into a free kids club on a cruise ship as P&O allows children as young as two to join in (most other cruise lines have a minimum age of three years). The staff were very professional, friendly, reassuring, and filled me with a lot of confidence. I collected him from the evening sessions where he had fallen asleep on the beanbags in front of the films playing on the television, exhausted but happy.

While he was having fun in the club, I used the time to enjoy a delicious meal at The Epicurean. Afterwards, I toured the ship to see what was going on.

I caught a short burst of the live show at the Headliner’s Theatre. It was a musical show with singers and dancers gripping the audience.

Loud music played in the Live Lounge, and many of the bars were full of people having a great time. Traditional ballroom dancers spun on the floor of the Crystal Room. The shops were busy too.

A stroll along the quiet Lido Deck, the Retreat and the Serenity area concluded my evening.

I would have liked to try an interactive culinary lesson at the Cookery Club but the times meant I would have likely not been able to visit Guernsey. I did meet with instructor chef Rob Cottam who told me that the hands-on sessions were incredibly popular. The Best of British class, with lessons on making Cornish pasties, Scotch Eggs, and Welsh Rarebit, or the Chocolate masterclass would have won me over had they been available on my cruise.