Southampton is easy to access by road or rail, and is the gateway to P&O Cruises mini breaks. 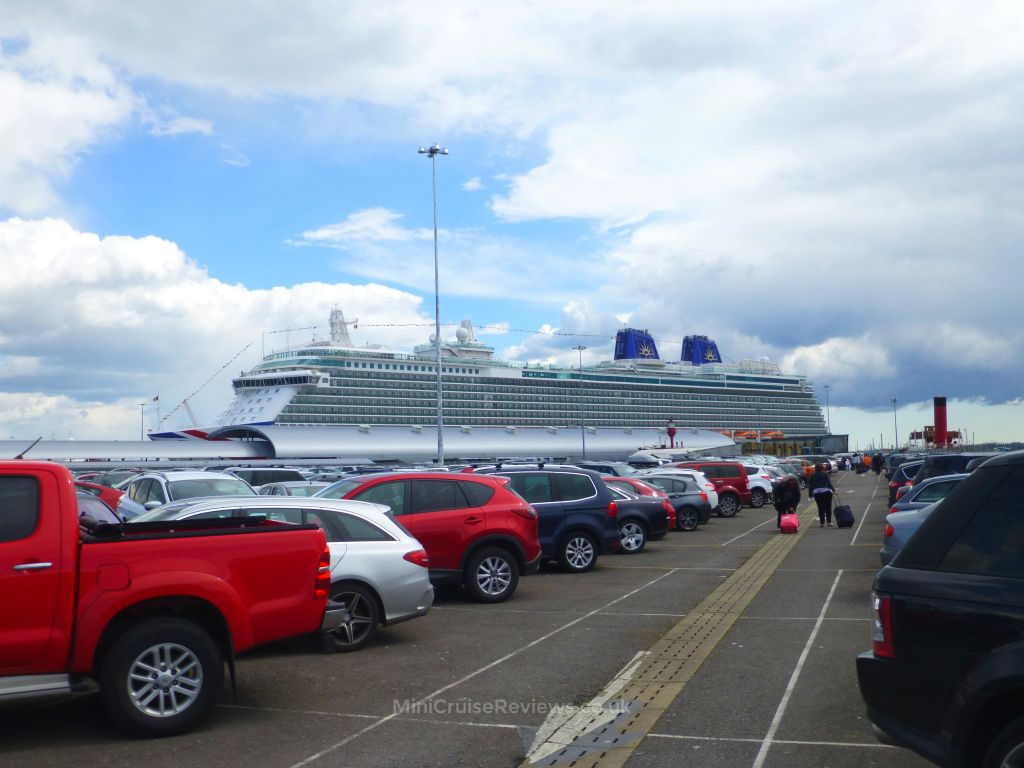 As I live in Cardiff, it is easy to drive down to Southampton in less than three hours.

The M4 connects South Wales to London. At Junction 13 I follow the A34 from Chieveley down to Winchester. The M3 meets with the M27 that fringes north Southampton. The city centre and ports are well signposted from most main roads that lead into Southampton.

If you are travelling from London or the East of England, head to the M25 and at Junction 12 follow the M3 down to Southampton.

If you are travelling from the North East of England, you will most likely follow the A1(M) and M1 south. Stay on the M1 to join the M25, or cut through Oxfordshire on the M40, joining the A34 south of Bicester.

If you are driving down from the North West or North Wales, you will likely follow the M6 and M40 southwards, joining the A34 south of Bicester.

Scottish holidaymakers will endure a torturous drive along the M74 and A74(M) onto the M6 and M40. Expect a car journey time greater than 7½ hours from Glasgow.

Southampton has four main cruise terminals, and if you do not keep your wits about you, it is easy to turn up at the wrong one. Once you are on the main road through Southampton (A33), keep an eye out for the digital signage that directs you to the correct terminal. During busy times there can be four cruise ships in port at once, so expect a lot of traffic.

To access both City Cruise Terminal and Queen Elizabeth II Terminal, head to the main entrance at Dock Gate 4 opposite Queen’s Park. You will need to stop at the security booth who will give you directions onwards.

Thanks to the cruise tourism industry, a colossal amount of car park spaces are required, particular with up to four cruise ship visits at a time.

Cruise & Passenger Services (CPS) handles the official car parking for P&O Cruises. They only offer valet parking for most sailings so you will need to leave your car keys with them. The exception is with two-night mini cruises where you self-park. Personally, I prefer self-parking and the reassurance I have with keeping my keys with me.

Expect to pay a lot of official cruise car parking. My two-night mini cruise cost £34 in car parking. Booking online before your cruise.

Some off-site car parking suppliers have cropped up lately. These are further away from the port and transfers are required to reach the terminal. They can offer a better rate on longer durations but for short mini cruises, I would not expect to save a lot of money.

I contacted West Quay Shopping Centre who said that cars could be parked overnight, an attractive option for short mini cruises. In May the rate was £5 per 24 hours. Be aware that this is a very busy public multi-storey car park so unlike the on-site parking, there will be a steady stream of cars coming and going. Your car may also be one of very few left there overnight which may worry you.

The walk from West Quay Shopping Centre to City Cruise Terminal or Queen Elizabeth II Terminal is up to 2 miles (about 3 kilometres) so you may wish to consider a taxi for this short journey.

Southampton Central Station is on Western Esplanade to the north of all four terminals. While it is within walking distance to Ocean Cruise Terminal and Mayflower Cruise Terminal, it is a considerable distance from City Cruise Terminal or Queen Elizabeth II Terminal.

Travelling to Southampton from London usually takes less than 1½ hours. Birmingham or Cardiff to Southampton typically takes 2½ hours, and Edinburgh is seven hours away. Plan your journey here.

National Express services stop at the Coach Station on Harbour Parade. The distance from here to City Cruise Terminal or Queen Elizabeth II Terminal is considerable, so consider using a taxi.

Services that call into Southampton include:

Checking-In at Southampton and Boarding Britannia

When you receive your booking documents from P&O Cruises, you will find your allocated check-in time. Pay careful attention to this as times are being enforced. If your check-in time is 3 pm and you turn up at 11 am, you will be asked to leave and return later, or you will have to wait until the scheduled time.

My allocated boarding time was 2 pm so I planned my journey accordingly. I normally arrive at the terminal as early as I can but in this instance, there was no point.

Having parked up and wheeled my suitcase across to the terminal I was ready to check-in. I was given a Health Questionnaire form to complete before checking-in. I queued up and checked-in effortlessly. I put my credit card details on file (it makes life easier at the end of the trip). The Cruise Card acts as a keycard to enter your cabin, and as a payment method onboard. You charge purchases at the bars, premium restaurants, shops, spa, and shore excursions desk to your account. At the end of the cruise, these are all billed to the credit or debit card held on file.

Airport-style security is in force so expect to take off jackets, remove metal objects, and empty your pockets.

Shortly after it was time to walk up the gangway and onto the ship. A beep of my Cruise Card announced my arrival onto the largest cruise ship purposefully designed for the British cruise market.

Southampton is really easy to access by road or rail. If you arrive by train, take a taxi to P&O Cruises' most commonly used terminals, City Cruise Terminal and Queen Elizabeth II Terminal, as the walk is considerable.