The ship could not dock in St Peter Port due to its size so tender boats ferried passengers in and out. 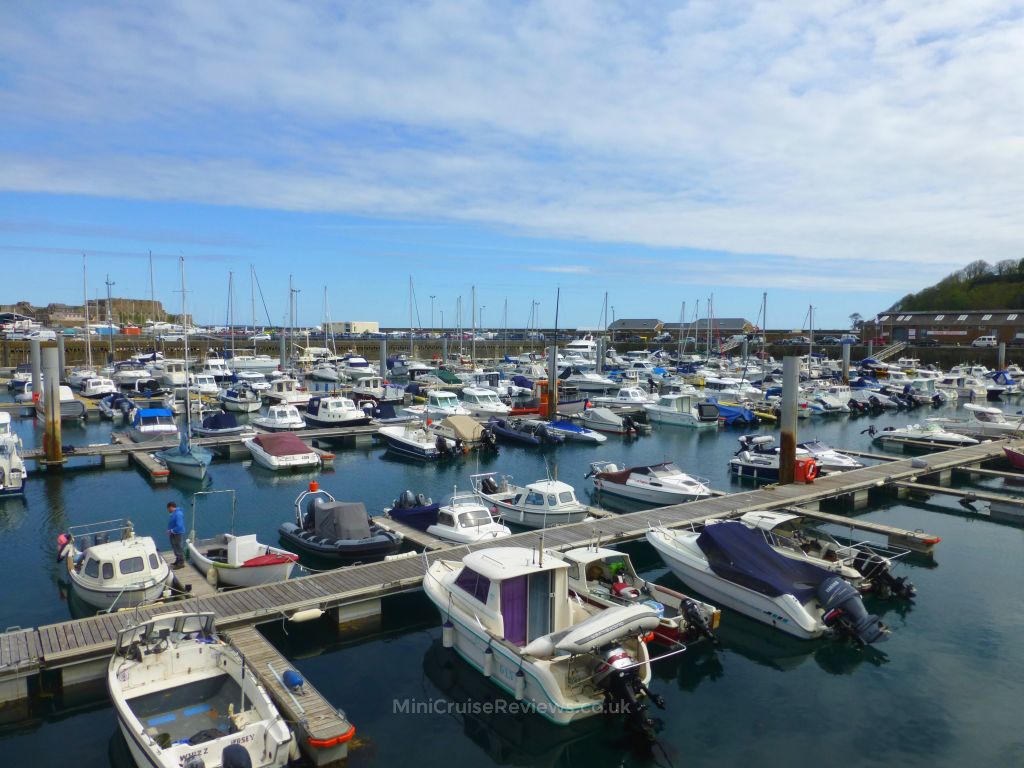 I was looking forward to my first visit to the Channel Islands, but visiting on a Sunday meant that most independent shops closed for the day.

The weather was kind to cruise passengers on this sailing, with warm sunshine and a light breeze. Without rain to contend with, the opportunities to explore the island were plentiful.

I had decided not to join an organised shore excursion sold by P&O Cruises as I was under how my two-year-old son would fare on it. The tours sounded like they offered a good introduction to the island beyond St Peter Port.

Instead, I opted to remain in St Peter Port, as did many other cruise passengers.

To get to the port, I first had to take a tender boat. These small orange pods ran between the mainland and Britannia on a regular basis, although passenger demand seemed to overwhelm the limited supply of boats.

When I first tried to disembark, the queue was estimated to be more than an hour. So I took my son, already fidgety, up to the play park to let the queue subside. An hour later I returned to find it had not quelled much at all.

I took my tickets and waited inside the Headliner’s Theatre. Star Wars was playing on the screen. Eventually, a tender boat became available.

The pier leads to the promenade that hugs the waterfront. Guernsey tourism officials dished out maps of the area.

I headed into the town centre. I knew the shops were closed but still wanted to get a feel for the area. To my surprise, it was only the small independent retailers that had decided to close. Large chains had opened their doors to cruise ship passengers. It was disappointing to find small boutiques closed for the day, especially when a ship with upwards of 4,000 passengers turns up. Luckily the large chain stores narrowly avoided sending out the message that Guernsey is closed for business on a Sunday.

Factoring in the delay in tendering and the walking, my son had begun to tire. So we went in search of the best place to photograph the ship. I headed through an impromptu thriving market that had formed along the seafront and headed along to Castle Cornet. A pier, lined with fishermen, provided good views out to Britannia.

A half an hour queue had formed to catch the return tender, and after a late buffet lunch, I watched the last remaining tender boats return to the ship from the comfort of my private balcony.

I would like to revisit Guernsey again, but not on a Sunday. If I were to return to the island on a cruise ship as part of another mini cruise, I would try and get on one of the early tenders. More time allowance on the island, as a result, would have meant I could have travelled further and explored more of St Peter Ports attractions.

Even so, this was a good taster port of call.

St Peter Port in Guernsey is a pretty seafront town but on a Sunday it can be quiet with little to do. An organised shore excursion would be a better option if you wanted to see more of the island.