There is more to see and do in Brussels than just the Christmas Markets. Here are my recommendations. 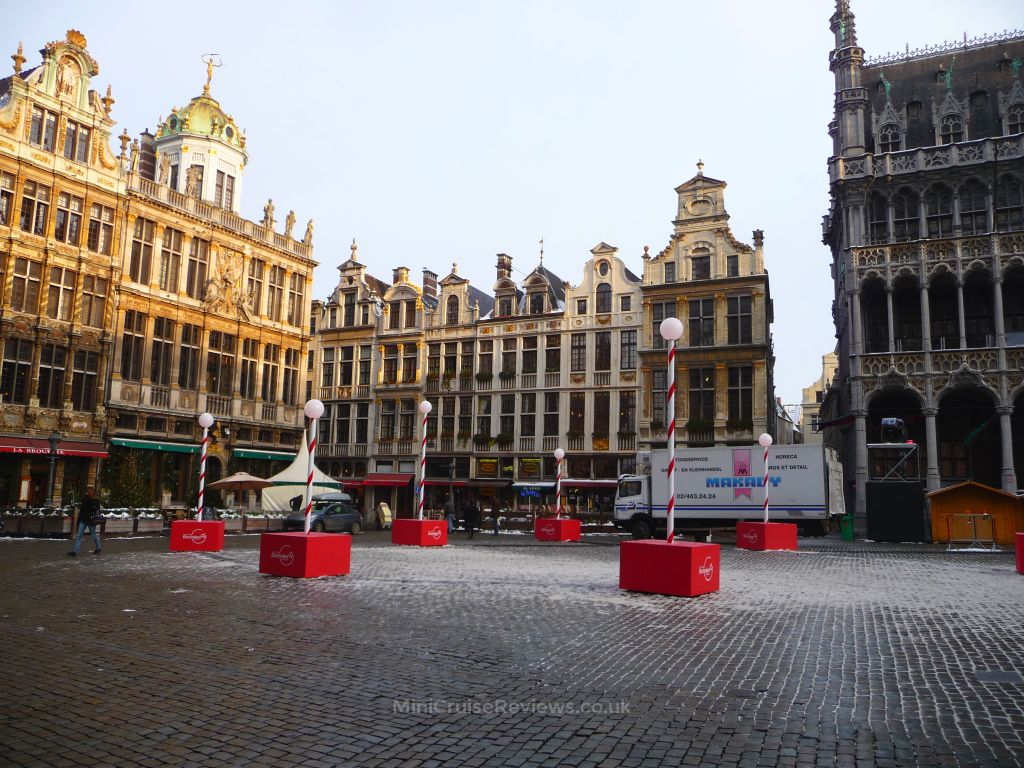 Brussels boasts countless museums. The guide book I picked up rambled endlessly about them. If you love museums, you will love the varied selection of topics ranging from comic books, chocolate, art, and even beer.

If, like me, museums are not high up on your to-do list, take a read through my Brussels city guide which explains what I saw in a couple of days.

My highlight of Brussels besides the Christmas Markets was the food culture. Perhaps it is the atmosphere that made it so good, or perhaps it was the fond memories of the delicious chocolate tastings that swayed me!

Little surpasses the mere enjoyment of sipping on a freshly brewed cup of coffee and eating delicious Belgian cuisine. Try to sample a selection of Belgian coffee shops and eateries as well as the pubs and bars.

You will find a range of cuisine available from fast food takeaways to Michelin star grade fare. I found the most dominant type of restaurant were those specialising in seafood. Shop around as you will find a wealth of options from those offering suspiciously cheap meals to those where you would need a second mortgage for the main course.

Aside from fish, there is plenty of choices, from Indian, Chinese and Japanese cuisine through to American and traditional European meals.

Arguably the best-known export from Belgian is its fine chocolates. At Grand Place, you will find loads of chocolate shops, although you will find many dotted around the surrounding neighbourhoods.

Beware of the tourist traps selling cheap, nasty chocolate. Instead, head to premium outlets such as Neuhaus, Godiva, and Pierre Marcolini.

Choco-holic is just a few steps from the Mannequin Pis statue and offers quality chocolate at competitive prices. Another chocolatier worth a mention was Leonidas, which specialised mainly in individual truffles.

Expect to pay a small fortune for quality chocolate. Budget around €1 for a single truffle, or the equivalent of around €60 to €100 per kilogram.

Many premium chocolatiers also sell hot chocolate, and this is an experience not to miss. I sampled a variety, but my favourite was that from Pierre Marcolini. Thick, rich and heady, this tasty treat gave me a chocolate buzz like never before.

The only thing that surpasses the enjoyment of chocolate is drinking it in liquid form. I tried a cup at Godiva's shop across from the Mannequin Pis. A cup of hot chocolate from there cost €3, and while it was flavourful, it was luke warm.

For the best cup of hot chocolate, head to Pierre Marcolini at Place du Grand Sablon. It cost around €3 a cup and was just intoxicating. Each sip of the thick and luscious creamy chocolate was full of complex flavours. It was pure, unadulterated pleasure.

The traditional way to order Frites in Brussels is in a paper cone and smothered with mayonnaise. In the guide books, there were references to carts selling Frites dotted around, but I didn't see any, other than the mega cart (truck) in Winter Wonderland.

I did stumble across a "Friterie" (chip shop) nestled away in the back streets surrounding Grand Place, but I did not see as many as I had expected. I was disappointed with the portion I bought from the shop - the quality from the food truck was far superior.

Another unwritten rule is that you cannot visit Belgium and not taste an authentic waffle! There were many small outlets dotted around the city that sold Waffles.

I tried a fresh Belgian waffle made in front of me at Winter Wonderland. It was a rectangular waffle made with a light and airy batter and decorated to order. I opted for a dusting of icing sugar although plenty of cream and fruit or chocolate sauce was the most popular choice.

The following night I ordered the other style of waffle Belgium offers which is known as the Liège waffle, a round waffle which is chewier and has caramelised sugar on the outside. It is sticky, dense, filling and delicious!

You can find coffee shops across the city but seek out pâtisseries for the ultimate in cakes and treats.

I stumbled across Jean-Phillip Darcis' café by accident, The chocolatier's shop stocked a range of exquisite chocolates, macaroons, and delicate cakes monogrammed with his logo. Prices were reasonable in this cosy café.

I am not an architecture buff, but even I could appreciate the grandeur of the city's buildings. Grand Place is the epicentre encompassed by intricately detailed buildings.

A trip to the Royal Palace is a must as well.

Keep an eye out for discreet comic book cartoons drawn onto the side of buildings, in celebration of Brussels affinity to comic books.

Manneken Pis is a statue of a little boy peeing - fear not as it is simply a water fountain, albeit a strange work of art. While he can often be seen spending a penny, he does succumb to cold temperatures during the winter months causing the water to freeze - ouch!

He has a wardrobe of costume changes, and I saw two of them during my visit. One day he was dressed as Saint Nicholas and then became a firefighter the day after. The Manneken Pis statue is just a few streets away from Grand Place.

Jeanneke Pis is tucked in an alley in amongst restaurants deep in the heart of Brussels, not too far from Manneken Pis. In a bid to introduce equality, Jeanneke Pis is a statue of a girl crouching to have a pee. She is the lesser known of the two but worth seeking out nevertheless.

Brussels has countless museums to suit all tastes and preferences.  At a rough count, I reckon there are at least 120 of them spread across the city. Some favourites include the Belgian Comic Strip Center, Museum of Cocoa and Chocolate, Museum of the National Bank of Belgium, and the Parlamentarium.

Brussels is not particularly famous for its attractions. It does have a few family favourites, but they are few and far between. The city lends itself better to weekend visits rather than longer holidays because of this.

Atomium combines education and sightseeing. It is an unusual building shaped like an atom and appears in many selfies.

Nearby you can find Mini Europe which offers a small scale version of Europe.

If you have got a spare day, you can day trip from Brussels to Bruges, Ghent, or Antwerp quickly using the train.

Brussels is a great short break destination, and with plenty of transport options it is very easy to get around.

Posted on Monday 27th December 2010Friday 18th September 2020 by David Fiske
(Photo credit(s) to David Fiske)
Disclosure: DFDS kindly supplied a half board mini cruise to Brussels, including overseas transfers and a hotel. I paid for travel to and from the Port of Tyne, UK hotel, car parking, incidentals onboard, and meals and incidentals overseas. The opinions in this article are my own.