King Seaways is a modern cruise ferry with three main decks of public space on offer. 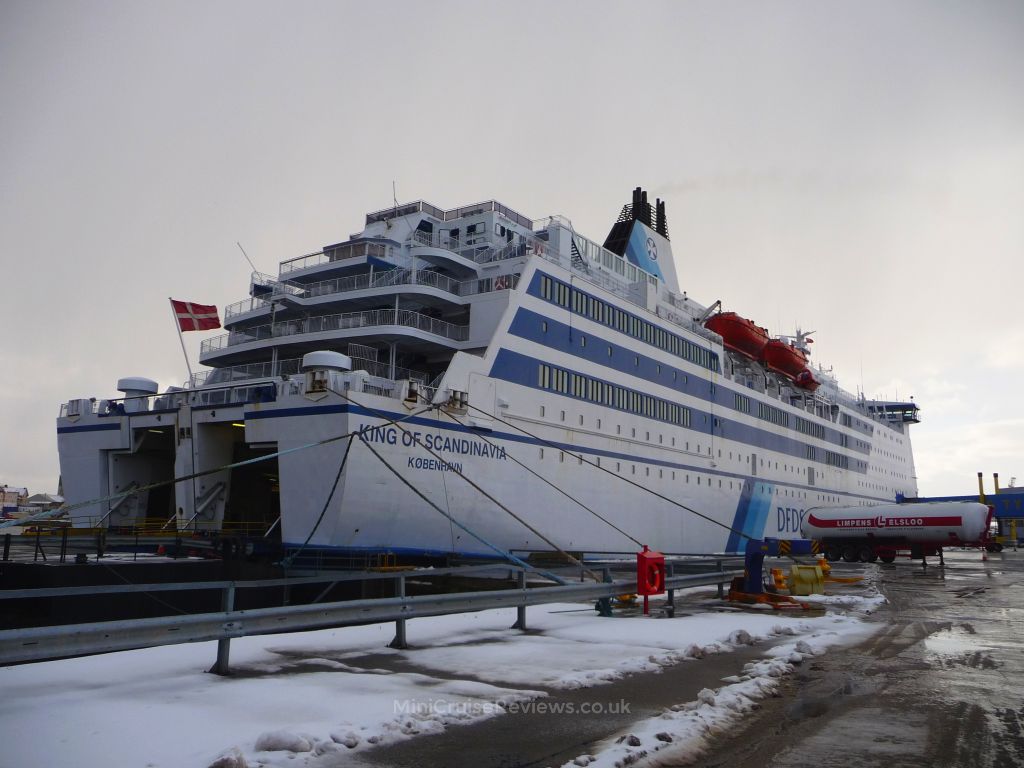 DFDS operates King Seaways on the Newcastle to Amsterdam route alongside Princess Seaways.

M.S. King Seaways (formerly M.S. King of Scandinavia) was built in 1987 by Schichau Seebeckwerft AG of Bremerhaven, West Germany, and was put into service by DFDS in 2006, following duty by two other shipping firms previously.

Following a comprehensive refitting, King of Scandinavia was put into service under the DFDS marque (registered in Copenhagen) on the Newcastle (UK) to Ijmuiden (Amsterdam) route where she has sailed ever since. Her first voyage was on 11th March 2006.

On 29th January 2011, King of Scandinavia sailed with a brand new livery and now carries the name of King Seaways.

Deck 7 is home to the 7 Seas Buffet Restaurant, shops, and Guest Services. An Observation Lounge can be found at the front.

Deck 8 is where you will find the Bake 'n Coffee and Latitude cafés, the Kids' Club, Navigators Bar, Explorers Steakhouse, and the Blue Riband restaurant.

You will also find a conservation room in association with ORCA, a dolphin and whale charity.

Head upstairs to Deck 9 and you will find live entertainment in the Columbus Club, a Sports Bar, a casino, Amusement Games, and more shops.

Most foot passengers do not see the car deck and cannot appreciate the huge scale of the decks. The vessel is capable of carrying up to 600 cars.

The video above is from DFDS and shows a glimpse into what goes on behind the scenes during a turnaround. Typically ships dock in the morning and depart late in the afternoon. Adverse weather can reduce this time further adding to the pressure.

If you're a ferry buff or mechanically minded then check out these vital statistics for King Seaways:

This deck plan image for King Seaways shows the vessel layout in a profile view:

King Seaways is a large ferry with lots of public space inside. The ship has a great choice of dining venues, bars, lounges, and entertainment.

Posted on Monday 20th December 2010Friday 1st November 2019 by David Fiske
(Photo credit(s) to David Fiske. Deck plan credit to DFDS)
Disclosure: DFDS kindly supplied a half board mini cruise to Brussels, including overseas transfers and a hotel. I paid for travel to and from the Port of Tyne, UK hotel, car parking, incidentals onboard, and meals and incidentals overseas. The opinions in this article are my own.