This was a rare mini cruise and this was most obvious during my night aboard a ghost ship. 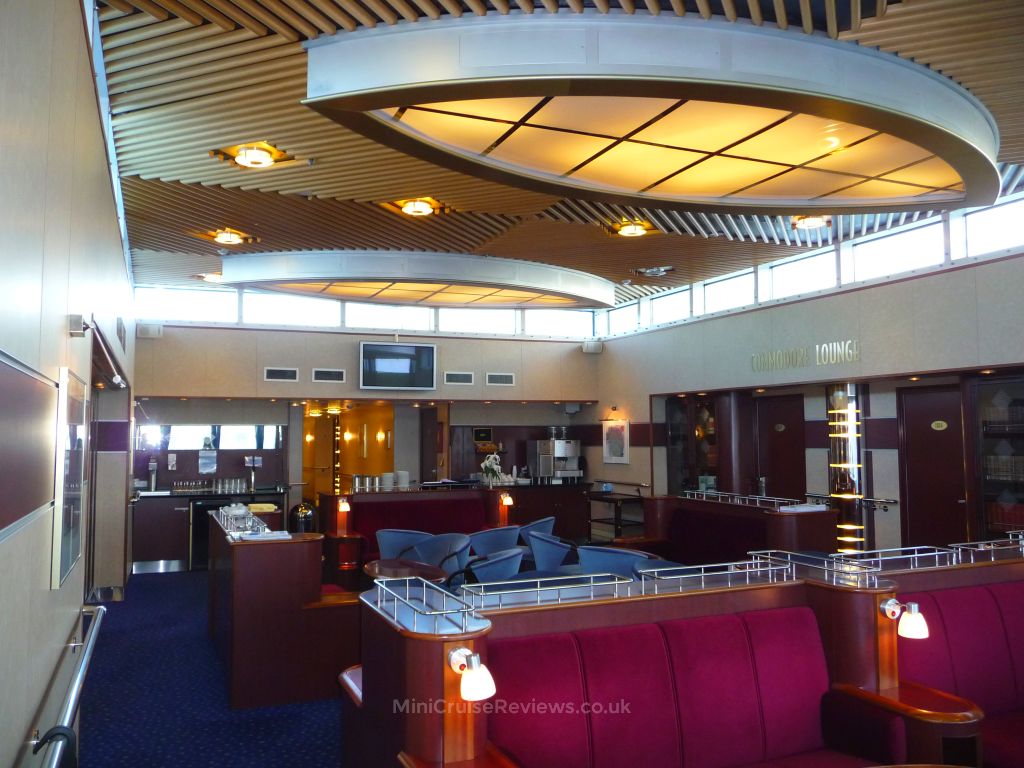 Rather than include a hotel in Esbjerg as part of the LEGOLAND mini cruise, DFDS opted to house passengers on Sirena Seaways.

The problem? Not many people knew this, and so the vessel became a ghost ship for the night.

The lack of information for both passengers and staff led to confusion and disorganisation that evening.

On the plus side, as I had the same cabin throughout the mini-cruise, I did not need to unpack my suitcase again at a hotel.

I also had the Commodore De Luxe Lounge to myself for most of the night.

But the disadvantages outweighed the positives.

After exploring Esbjerg, I found the terminal locked up. Staff were unaware that several passengers were staying on board that night.

There was no food or entertainment that night as most of the crew were given the night off. I, along with the other handful of mini cruise passengers, was asked to remain in our cabins for the evening.

A benefit of the Commodore De Luxe cabins is access to the Commodore Lounge which is where I spent most of the evening. I sat in quiet comfort watching the oddly mesmerising trucks loading a sister cargo ship (DFDS Tor Line).

A large breakfast tray was delivered to my cabin the following morning.

When it came to the transfer to LEGOLAND in Billund, there was more confusion. It had transpired that the coach had been booked in UK time (GMT) rather than Danish time (CET). One hour later the bus arrived.

Billund sits north of Esbjerg and is the home to LEGO headquarters, tucked behind the LEGOLAND Billund theme park. The park opened in 1968 and is famous for being the first of several LEGO-themed parks to follow worldwide.

I wouldn't say the night on a ghost ship was unbearable, but its poor organisation took the shine off the Danish short break. I am sure that as more of the three-night LEGOLAND mini cruises take place, the customer experience will improve.

Route closure: In 2014, DFDS ceased operating its Harwich - Esbjerg route, and its LEGOLAND mini cruise breaks. To travel to LEGOLAND Billund or Denmark by sea from the UK you now need to go via France or The Netherlands.
2

Staying on a ghost ship was certainly a unique experience, but a lack of food, drink, and entertainment meant it was considerably less comfortable than a night in a hotel.

Posted on Saturday 28th May 2011Wednesday 28th September 2016 by David Fiske
(Photo credit(s) to David Fiske)
Disclosure: DFDS kindly supplied a half board mini cruise to Esbjerg and LEGOLAND Billund. I paid for travel to and from the Port of Harwich, car parking, and incidentals onboard and overseas. The opinions in this article are my own.