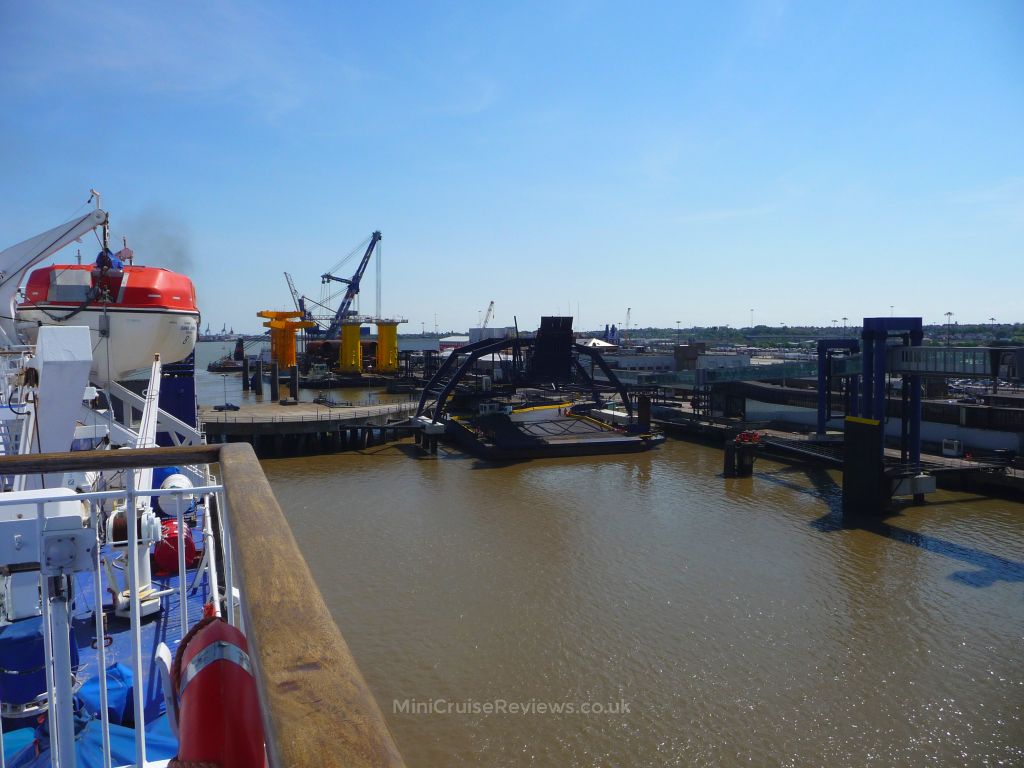 Harwich sits on the East coast of Britain, in the county of Essex.

The port in Parkeston is around a 20-minute drive from Colchester. It is about an hour away from Stansted Airport and around two hours drive from Central London.

Due to its location, Harwich is popular with families from the South East of the UK. It is relatively accessible for residents in the South West, Wales and the Midlands.

Travelling from Cardiff, I drove along the M4 and around the M25. I detoured along the M11 and followed the A120 along to Harwich.

An alternative route would be to take the A12 from Junction 28 of the M25.

The entrance to the port property sits beyond a roundabout serving a small retail park and a Morrisons supermarket. There's also a Premier Inn hotel located across the road from here as well as a Lidl supermarket.

Ample car parking is available adjacent to the terminal building.

The car park is just beyond the manned security barriers. Take the first right, and then a left into the car park. It is a Pay on Return car park charged by the hour up to the first 24 hours, then per day after that. When I visited, the rate was £7.80 per day.

Harwich Port is also used by cruise lines so part of it is segregated off for these passengers. Make sure you follow the signs for the ferry rather than the signs to the cruise ship.

If you arrive too early, the town of Harwich is just a couple of miles beyond. It has a quaint dockside, a beach, and some historical monuments. It was very blustery when I was there, but I still saw a fair bit in half an hour, thanks to the easy accessibility of the sea front.

The port terminal sits directly above Harwich International Railway Station making it an excellent choice for those living in the South East.

Services run from London Liverpool Street to Manningtree, north east of Colchester. From here, take the direct line to Harwich International Railway Station. The journey from London is about 1½ by train. Plan your journey here.

National Express does not have any stops anywhere near the port. The closest route, number 481, departs London and travels to Chelmsford, Witham, Colchester, St Osyth, Clacton-on-Sea, Holland-on-Sea, Walton-on-the-Naze, Ipswich, and Felixstowe. Book your tickets here

The terminal at Harwich is home to both DFDS (Harwich to Denmark) and Stena Line (Harwich to the Hook of Holland).

A lift or set of stairs takes you up to the terminal building from the car park or the railway station. As you enter, there is a café on the left-hand side and a Stena Line information desk ahead of you. Walking around to the left (beyond the café) you'll find the DFDS office tucked away.

I checked-in in just a few minutes. A large seating area sits beyond the check-in office.

Boarding was a slick and quick process. The doors opened and a queue of passengers formed filing through to departures. I did not hear any announcements, but as the waiting area was small, it was clearly obvious to see people boarding.

Staff checked my passport and scanned my boarding card. A quick walk along the walkway to the end led us me to Sirena Seaways (formerly Dana Sirena). The entrance is located on the open cargo deck at the rear and a short walk through the corridor led to the passenger space.

I headed up to level 10 to find my Commodore De Luxe cabin, locked behind a private access door for use by Commodore passengers only. My cabin steward led the way and gave me a brief introduction before making arrangements for my breakfast the following morning.

Route closure: In 2014, DFDS ceased operating its Harwich - Esbjerg route, and its LEGOLAND mini cruise breaks. To travel to LEGOLAND Billund or Denmark by sea from the UK you now need to go via France or The Netherlands.
4.7

Located on the eastern coast in Essex, Harwich International Port has fantastic road and rail links. The terminal is spacious, with a café and comfortable seating.

Posted on Thursday 19th May 2011Friday 18th September 2020 by David Fiske
(Photo credit(s) to David Fiske)
Disclosure: DFDS kindly supplied a half board mini cruise to Esbjerg and LEGOLAND Billund. I paid for travel to and from the Port of Harwich, car parking, and incidentals onboard and overseas. The opinions in this article are my own.

2 comments on “Getting to Harwich International Port”