You may think that LEGOLAND Billund is just for kids, but it is a lot of fun for older LEGO fans too! 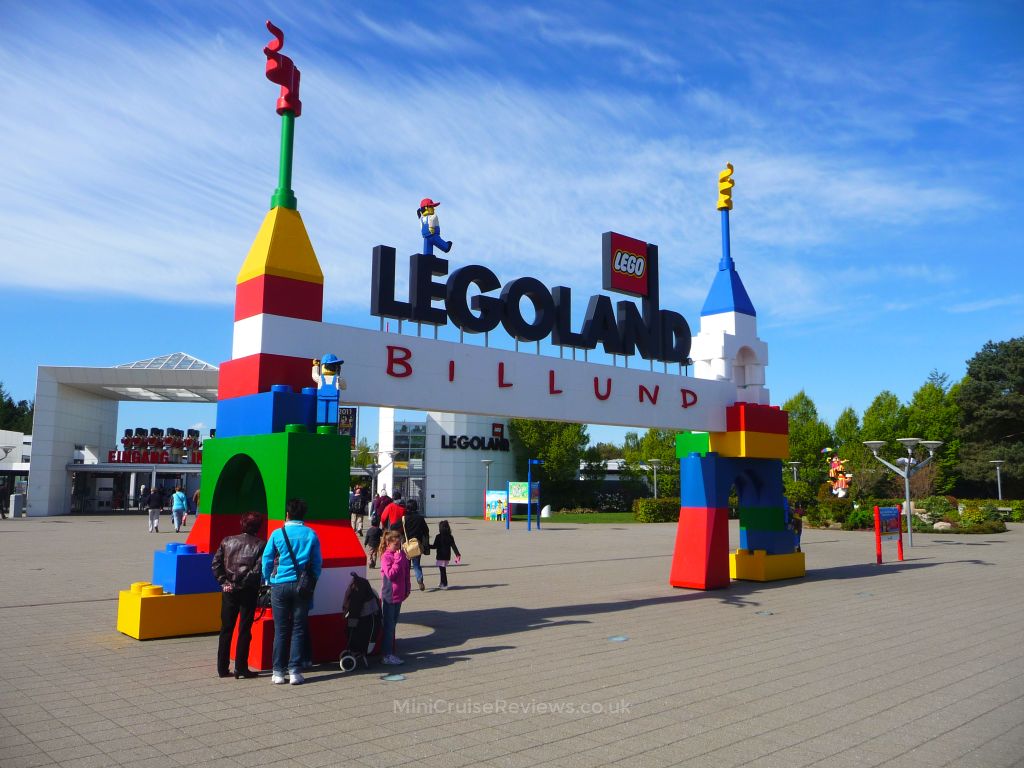 You might think LEGOLAND is a theme park exclusively for kids to have fun.

While the park does cater for children, it is also perfect for adults too. Naturally, the vast majority of visitors are families with children or teenagers.

But if you grew up with LEGO toys, then you will have a fondness for this shrine to the humble plastic building brick.

Besides the thrill rides, there are more intricate attractions adults appreciate more than kids.

LEGOLAND Billund is the original LEGOLAND theme park and as such, it still retains some of its heritage. For example, in Miniland, you can take a look at the original setup which shows how it used to look.

Miniland was my favourite aspect. The attention to detail is simply amazing. The choreography of the moving elements of Miniland was impeccable, completely immersing me as I walked around.

There are different themes throughout Miniland, and each was zoned using footpaths. Some models were interconnected so elements such as trains ran underneath the footpath between two zones.

Each zone represented the best from each country. Holland featured moving windmills and canals while America was showcased by and interactive Hollywood set where you could remotely control the camera positions. There was even a large scale space shuttle launch at NASA.

As you might expect, there are plenty of shops to browse and dozens of food and drink outlets too. I indulged in a milkshake from the Ben & Jerry's store while watching eager families compete against each other at the Falck Fire Station ride.

I also watched the innovative ride, Power Builder. If ever there was a thrill ride that allowed children to "get their own back" on parents then this was it. Children program the movements of a robotic arm for around a minute of motion. Once everyone has set up their program, kids, or their parents, ride the robotic arm. The personalised programme runs, turning them upside down and throwing them from side to side.

Another great attraction for adults and children alike is LEGO Studios, which regularly runs 4D movies. These are 3D LEGO films featuring memorable characters and an array of enjoyable 3D effects but with the additional element of touch. Huge overhead fans whirred on fast action scenes. Heaters glowed when it cut to a fire scene, and water sprayed as the firefighter tried to tackle the burning fire. The movie lasts around five minutes and is popular, especially if the weather takes a turn for the worse which it did towards the end of the day.

The park features a huge flagship LEGO shop offering all the currently available LEGO sets and across from this was a clothes boutique selling adult and children's clothing. If I had one criticism, it was there wasn't enough LEGOLAND-branded merchandise. Naturally, LEGO sets act like souvenirs, but as far as gifts for friends and family go, there wasn't much choice.

Overall, I found plenty to do without taking children though I could have used an extra day to explore a bit more of Miniland. If like me, you are a massive fan of LEGO, a trip to the original branded theme park is a must!

Route closure: In 2014, DFDS ceased operating its Harwich - Esbjerg route, and its LEGOLAND mini cruise breaks. To travel to LEGOLAND Billund or Denmark by sea from the UK you now need to go via France or The Netherlands.
4.7

Don't write this theme park off as something exclusively for children. If you grew up with LEGO toys then you will love LEGOLAND.

Posted on Sunday 29th May 2011Wednesday 28th September 2016 by David Fiske
(Photo credit(s) to David Fiske)
Disclosure: DFDS kindly supplied a half board mini cruise to Esbjerg and LEGOLAND Billund. I paid for travel to and from the Port of Harwich, car parking, and incidentals onboard and overseas. The opinions in this article are my own.